Pretty soon holiday shoppers will be setting the alarms to hit the department stores at 5am. The predictions for this year’s holiday spending are already underway as retailers and consumers gear up for a holiday shopping bonanza.

The demand made in each season changes the business cycle dynamic, and a strong or weak Christmas can make or break the economy. Predictions for holiday shopping essentially turn into economic predictions for the coming year.

Looking back at past years can also help gauge how holiday shopping affects the economy. In 2006, the National Retail Sales Estimate reported retail sales for the week ending in December 16th were up 3.2% from 2005. Toys and Video games grew the most with a 49% jump from the previous year. Books, Music and Videos also grew at an alarming 46% and Consumer Electronics 27%.

On Black Friday of 2006, 140 million shoppers lined up outside stores and spent an average of $360.15. This amount is an 18.9 % growth from the average $302.81 spent in 2005 on the same day. Last year’s shopping season also began early. A PriceGrabber.com survey showed 38% of respondents had already started shopping in October. However, 70% stated they would still end up shopping five days before the holiday.

This same PriceGrabber survey also showed 38% planned to shop online for holiday gifts at work. Online shopping was especially prominent in 2006 and shows signs of the same for the 2007 holiday shopping season.

A 2006 study from interactive technology provider Atlas stated Mondays were one of the biggest online shopping days for 2005, with the Monday after Black Friday being one of the most popular. Such high shopping volumes on this day have led to it being called Cyber Monday.

Monday proves to be the most successful online shopping day due to shoppers hitting the mall on the weekends and then returning to sites the following day to compare mall prices and find out of stock items. During the first 56 days of the holiday shopping season last year, $23.11 billion was spent online- an 26% increase from 2005. On Saturday, December 23rd, 2006 the non-travel online spending passed the $100 billion mark for the first time.

* It doesn’t hurt to ask!: Ask salespeople about “hidden” discounts that are offered at their store. There may be unadvertised coupons or sales you can take advantage of thanks to their help.

* Check your cards: Call your credit card company to see if you can get retailer discounts. Also, make sure to use the card with the best rates when shopping.

* Save early: Start saving a fund earlier in the year by taking a little out of your paycheck each month. This way the holiday spending shock won’t be felt.

* Suggest Secret Santa: For offices or groups of friends, suggest doing a secret Santa instead of buying separate gifts for each person. This may also work well for extended family.

* Pool your money for a joint gift: Go in with someone else to get a gift for a friend or family member instead of bearing the cost alone.

* Shop with cash only: Shopping with only cash will help you keep the budget you set. This way, when you run out of cash you have to stop shopping.

Following these tips can help keep you a low contributor to the massive holiday spending this year. Predictions for 2007 spending are already rolling in, so take a look at what is projected but be sure to keep your wallet out of the pot.

It is very true that a wedding can be something very costly. You may want to find ways to save money on your wedding. This is especially true if you are on a tight budget. In fact, it is always a good […]

Does your budget have leaks?.. or would you rather not think about it. Most people don’t realize how much money actually slips through their fingers in an average week. We are all working hard, trying to get somewhere and make a nice […]

With the festive season rapidly approaching more Britons will have to consider their finances with caution, an industry expert has reported. According to James Ketchell, spokesperson for the Consumer Credit Counselling Service (CCCS), there will be a need for people to manage […]

With the continuing rise of unemployment, soaring of prices of basic commodities, we tend ask ourselves on what are some tips of saving money. We browse the net, find experts to give the best way to save money, listen to television or […]

As described by the US department of energy, heating and cooling accounts for 56% of a typical home, these expenses represent a great portion of our electric bills and can be a serious burden to energy plants according to peak hours during […] 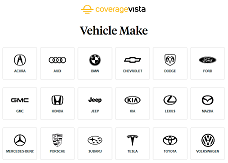 Property Taxes - Get Them Reduced!